Basic Sailing Terms and Boating Etiquette for the New Sailor

Are we speaking another language? Kind of!

Have you ever had that feeling of being somewhere new, maybe visiting a new country, or even just starting a new job, where you realize that you’re in a totally different culture? You don’t know the routines or customs and everyone’s either speaking a different language or speaking your language, but with new terms and inside jokes you don’t know. The excitement of trying something new can be mixed with apprehension. What if you don’t know what to do? What if you say or do the wrong thing? Believe it or not, more than a few people have had that feeling stepping onto a boat for the first time. Sailors tend to have their own traditions and routines (and we certainly have a unique lingo). If you’ve just taken up sailing, or you’ve been invited on the water for the first time, don’t worry. With a few tips and some fun new sailing terms, you’ll fit in like an old pro in no time.

Nautical language has a long and storied history, with many sailing terms that can completely confuse the newcomer. Here are some of the basics so you don’t sound totally lost out there.

Boats don’t have a “front and back,” they have a bow and stern. The bow (pronounced like “Ow!” with a “B” in front) is the front of the boat and the stern is the back.

Ropes on a sailboat aren’t ropes, they’re lines (with some exception). So if you’re asked to “hold the line,” you’ll know you’re just holding on to a rope — simple, right?

The exceptions? There are a few: “Bolt Rope”, “Foot Rope”, “Tiller Rope”, “Bell Rope”, and others depending on the vessel.

Now you know what to do if you need to grab the bow line on the port side!

A few other sailing terms that are helpful to know:

The bathroom on the boat is called “the head.” The story goes that in the glory days of sail in the 19th century, the toilet was always placed at the front, or “head” of the boat, because the wind would carry away the stench. Not so glorious if you ask me, but that’s how we got the term.

On a sailboat, the mast is the main pole that sticks up out of the boat, to which the sail is attached. The boom is the horizontal beam that comes out towards the stern, the one that can swing when the boat comes about. Speaking of which . . .

This is when you make a quick turn to catch the wind on the other side of the sails. Since the wind is rarely going the exact desired direction, sailors take a “tack,” a series of turns to catch the wind and move in toward the intended destination. Think of it like climbing switchbacks on a steep hill. Coming about means you’re making a turn to go towards your destination in the opposite direction, like taking the next turn on the trail.

The force of the wind, when you’re tacking, often pushes the boat so that it leans at an angle toward the water (you’ve probably seen boats do this and thought that they were going to tip over, but they didn’t). This is called “heeling”, and it used to terrify me as a child. It’s normal though, and nothing to worry about. Larger boats are built with strong keels, the piece that sticks straight down under the boat to counterbalance the effects of heeling.

Now that you know some of the terms, let’s talk about some basic etiquette. This is especially for you if you’re a passenger, but it’s helpful even if you’re heading out on your own vessel.

Listen to your captain. The captain of the boat is responsible for the safety and enjoyment of the people on board. Don’t be afraid to ask if you’re not sure about where to be or what to do and make sure to pay attention if they give you any ground rules like wearing a life jacket, where you can and can’t go, and where to find safety equipment.

Keep your head up. If you ask me, there’s no better sound than the moment when the engine is cut on a sailboat and you hear the wind fill the sails and the waves lap the hull (the bottom part of the boat). But that’s also the moment, especially on smaller vessels, where you need to make sure you’re alert. The boat can heel over quite quickly, ropes may be moving, and the boom could swing around suddenly. It’s important to pay attention and be aware of your surroundings.

Be ready to help. One of the fun things about sailing is there’s always something to do and new things to learn. You may be asked to help with the lines or even steer the boat. Enjoy it! Ask questions! Be ready to pitch in if you’re asked. And be ready to move. On a smaller boat, you may be asked to shift seats from time to time to help keep the weight balanced.

There’s lots more to learn, but part of the fun of boating, like trying anything new, is getting a hang of the culture and lingo as you experience it. These rules and sailing terms should help get you started. So go out there, grab a line, and have fun!

(Oh, and it should go without saying, but never tie anyone to a mast)

Obviously, we also suggest our many online sailing courses for beginner sailors. This is the single best way to get a solid base of knowledge before you start clocking hours on the water.

No experience required. If you're just getting started in sailing and want to dip your toes in, then this course is for you. We'll "show you the ropes" so to speak - but actually, we'll show you a lot more than just the ropes.

Sign-up and get 2 free courses and a free sailing eLogbook to build your sailing resume for charter companies worldwide. 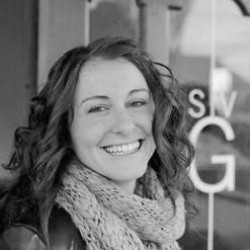 Trisha Evelyn
I find myself drawn to any project that allows me to learn and use my creativity to solve problems - and sailing tops my list!